QMC Instruments Ltd. has offered cryogen-free THz detector systems since the autumn of 2012. This landmark is proving invaluable to those who do not have easy access to liquid cryogens. 24/7 operation is also a boon to many research groups with a heavy workload. In April 2017 our Sales Director Ken Wood was in the US to commission two such systems. Here is Professor Mona Jarrahi at UCLA with her system set up on her optical bench. 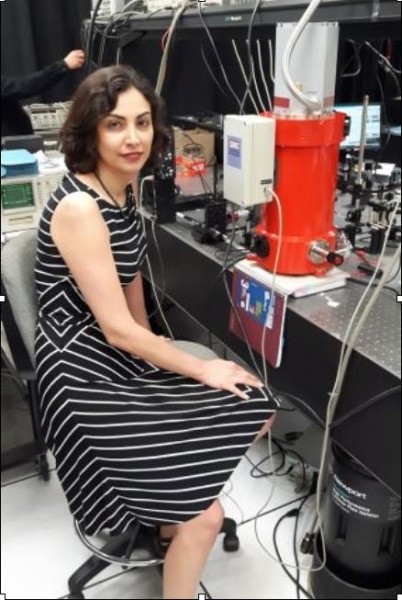 Just a few days later Ken was further east with another very similar system. Here is Professor Susanna Widicus Weaver and members of her group at Emory University in Atlanta alongside their new detector. Note the size of the compressor (grey object lower left of image), which can be located up to 25m away from the cryostat itself. 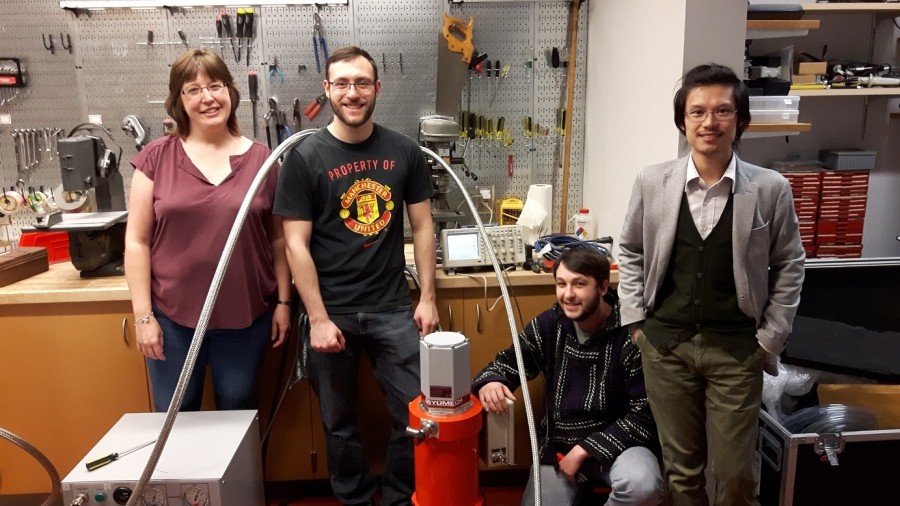 The Emory system was commissioned very quickly and efficiently. This left time for a celebration in the local pizza restaurant.

The superconducting NbTES device operates identically in both liquid helium cooled cryostats and electrcially powered pulse tube coolers. The systems cool from room temperature to operable state in approximately 6 hours and can operate continuously for months on end with zero maintenance and attention.

Systems offer picoWatt system optical NEP and can be designed to detect a wide range of frequencies (eg 100GHz to 20THz) with a time constant of 300 microseconds or less. The device offers true linearity over more than 7 orders of magnitude in absorbed THz power, from picoWatts to tens of microWatts.

By accepting you will be accessing a service provided by a third-party external to http://josephson.terahertz.co.uk/